I’m getting ths up a few days later than I’d intended so it’s bigger than usual. Hope you enjoy!

A young congresswoman from New York delivered one of the most thorough thrashings the Capitol has seen since Representative Preston Brooks brutally caned Senator Charles Sumner on the Senate floor in 1856.

Out of Portland tear gas, an apparition emerges, capturing the imagination of protesters:

A woman wearing nothing but a black face mask and a stocking cap strode toward a dozen heavily armed agents attired in camouflage fatigues, lined up across a downtown Portland street.

Political impasse over jobless claims just as they mushroom:

The problem is that the pandemic has made unemployment insurance claims so high that even yesterday, 4 months after the lockdown, the initial claims numbers were twice as large as they were at their worst in the Great Recession over a decade ago. So, seasonal factors have a massive – and I believe distortionary – impact.

Ashley Love, 31, a former customer advocate for Enterprise Rent-A-Car, had risen at 4 a.m. to take her 2-year-old daughter to her mother’s home before heading to the convention center, only to be told she had to come back the next day. She was laid off in March, when the pandemic nearly obliterated the travel industry. Her benefits inexplicably stopped four weeks ago, the agency website saying only she was on a “verification hold.”

You know, we’d do all this math, and some of it’s pretty cool, but at a high level, what we’re saying is: “You should put your money in cheap media markets in close states close to the election, and you should talk about popular issues, and not talk about unpopular issues.” And we’d use machine learning to operationalize that at scale.

How to Take Over a Small Country in 10 Easy Steps:

In order to avoid a coup yourself, you will need more than repressive secret police — you will need to generate some Gross Domestic Product for your country. If you can grow them, poppies or coca leaves yield more revenue than, say, rice or whatever the World Bank is pushing these days. And then people will pay you not to grow them, so it’s “win-win.”

Inside Trump’s Failure: The Rush to Abandon Leadership Role on the Virus:

Dr. Birx would roam the halls of the White House, talking to Mr. Kushner, Ms. Hicks and others, sometimes passing out diagrams to bolster her case. “We’ve hit our peak,” she would say, and that message would find its way back to Mr. Trump.

One of her managers “told a woman that we now require face masks in the store and the guest just yelled “go F* yourself" and walked out,” Julia told The Daily Beast via email. “I watched another manager simply tell another lady that we required them and she just yelled, ‘I have a doctor’s note’ and walked off.”

Delta is no longer using the “honor system” for wearing masks. Any passenger found to be making false claims about a disability or health condition in order to obtain an exemption can have travel privileges on all Delta flights suspended for as long as the airline is requiring passengers to wear face masks.

Unlike professional leagues like the NBA or NFL, there was no single commissioner who could wrangle all the different voices with different motivations to adopt a collective plan for moving forward.

The Limits of Restorative Justice in Jacksonville:

The defendant had agreed to tell Mike and his family everything about the murder and to plead guilty. In return, he would be spared the death penalty and instead spend his life in prison—but only if the Lileses felt satisfied that he had told the truth.

The video is so good because they designed a compelling product that is feasible to build with late 80’s technology:

Leaf-blower wars: How Portland protesters are fighting back against tear gas and forming ‘walls’ of veterans, lawyers, nurses:

Part of the reason the blowers are so effective against tear gas, experts said, is because despite the name, the chemicals in the canisters are actually an aerosol rather than a typical gas. That means tiny powder-like particles are dispersed into the air, where they hang and drift like a menacing fog. […] When the leaf blowers turn their blast of air on the chemical cloud, Nelson said, it sends the cloud in another direction. If the protesters push the tear gas back toward federal agents, the particles could latch onto their uniforms, helmets and other gear.

“Cocaine Logistics” for the Marine Corps:

To address this logistical conundrum, the United States should mimic drug traffickers. These undeniably resourceful adversaries have developed a vessel ideally suited to routinely smuggle tons of critical supplies (i.e., cocaine) thousands of miles past the most technologically advanced and well-resourced nation on Earth to their distributors in North America.

India, Jio, and the Four Internets — India is poised to have a big effect on the internet:

That is exactly what Jio did: it spent that $32 billion building a network that covered all of India, launched with an offer for three months of free data and free voice, and once that was up, kept the free voice offering permanently while charging only a couple of bucks for data by the gigabyte. It was the classic Silicon Valley bet: spend money up front, then make it up on volume because of a superior cost structure enabled by the zero-marginal nature of technology.

Tempering Expectations for GPT-3 and OpenAI’s API — If you saw a bunch of GPT3 tweets go by and have no idea what they’re about here’s the hype reducing answer:

However, a 30-40% success rate implies a 60-70% failure rate, which is patently unsuitable for a production application. If it takes seconds to generate a React component and it takes on average 3 tries to get something usable, it might be more pragmatic to just create the component the hard, boring way.

IPv4, IPv6, and a sudden change in attitude — Some great background on why IPv6 adoption is always 5 years away:

Or we can ask that question another way. Why are there so many web pages that advise you to solve your connectivity problem by disabling IPv6?

Because automatic failover is a very hard problem.

Etcd, or, why modern software makes me sad — I can’t quite pick a quote but make sure you read all the footnotes.

You don’t need no Service Mesh — A good reminder to check that you have the same the constraints that defined someone else’s solution before you adopt it:

The service mesh concept wasn’t introduced to address problems that hadn’t been addressed before but rather address them in a way that doesn’t require any modifications to the application code, which is incredibly convenient when it’s hard to introduce an RPC layer into an existing heterogeneous microservice environment.

I made a M1 abrams main cattle tank: 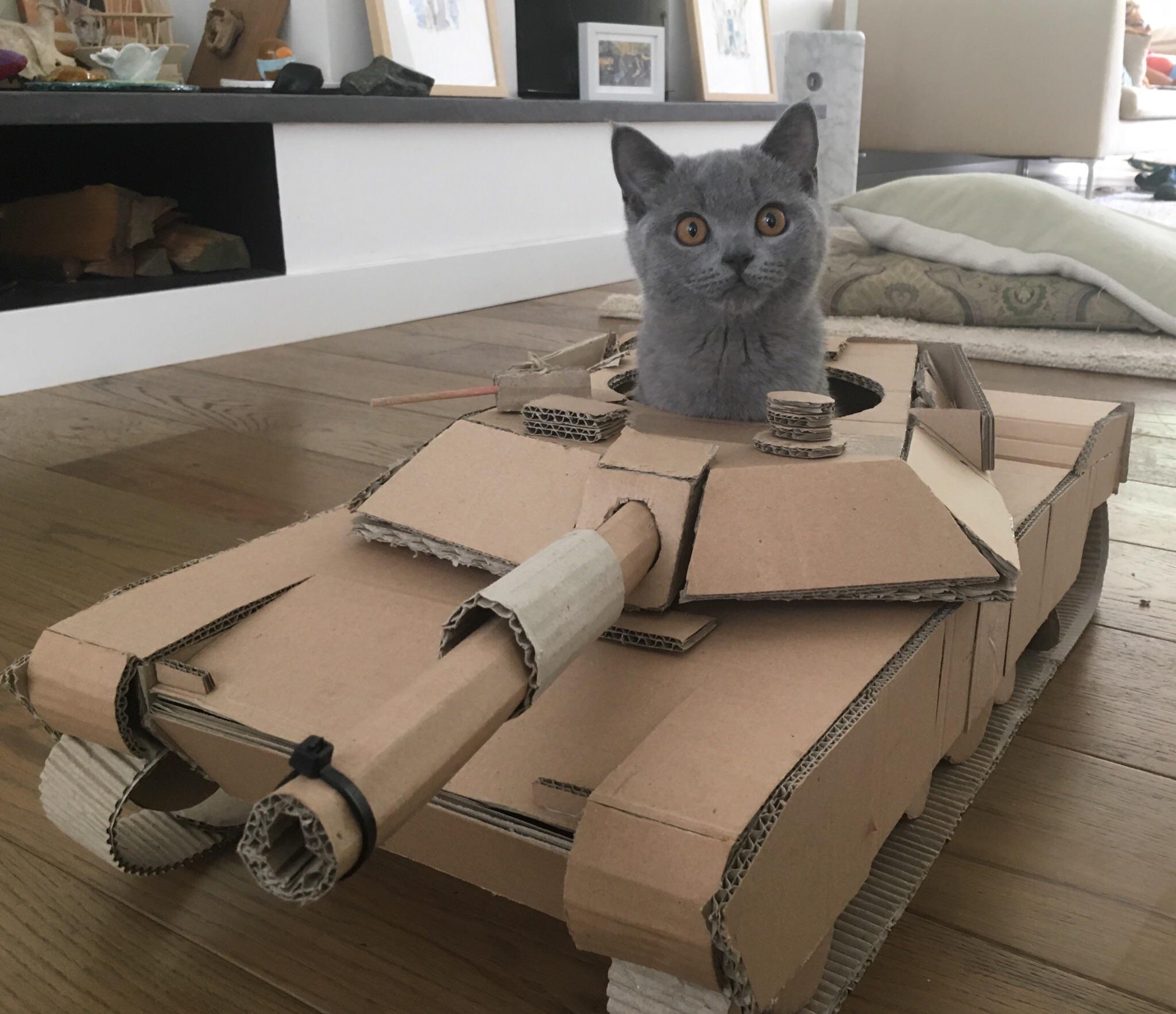 For Aspiring Performers, The NBA Is The Best Place To Be A Mascot :

FiveThirtyEight analyzed each primary mascot in five North American sports leagues — the NBA, WNBA, NFL, NHL and MLB — to get a sense of what type of creatures populate the sideline. […] We classified each mascot according to where it could be found: on land, in the sea, in the sky or in the world of make believe.

The Man Who Cracked the Lottery:

This one, having to do with a suspicious lottery ticket worth $16.5 million, was full of dead ends. Investigators didn’t even know if a crime had been committed.